What’s the Average Grocery Budget for a Family of 4? 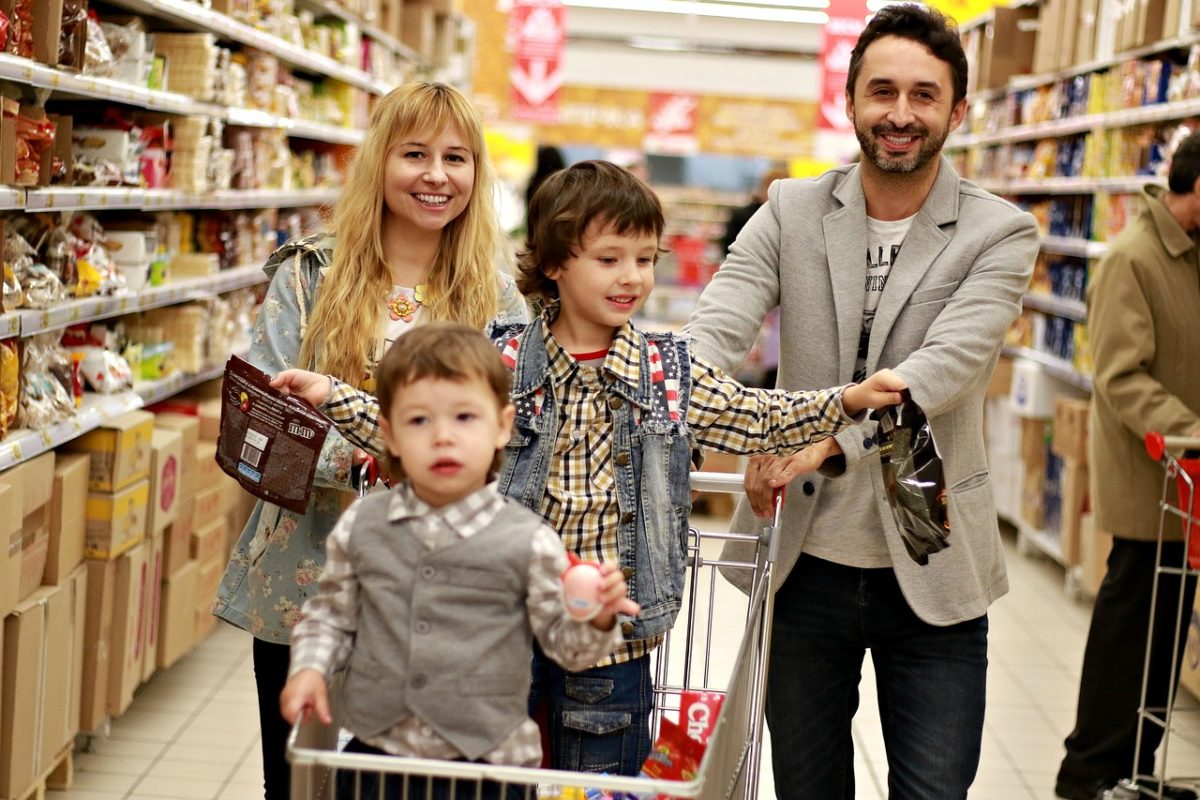 To survive we all, need to eat. How much and what everyone eats depends on their eating habits. It also depends on how much they are willing to spend each month. This requires them to pen-down their needs for the month. Including the number of times, they dine out in a month. The total then is summed up according to the age of the family members involved. An average family of four with two toddlers would be spending less on food expenses. Whereas, a family with two teenagers would be spending more. Especially, if those teenagers are active in sports. That also makes a world of a difference.

When it comes down to cutting costs. It can be done in other areas of life. But, when it comes down to eating. That can actually be more difficult. Considering most families across the United States already stick to the most basic and staple food plan. Adding dining out once or twice a month does add on to that budget.

Making a choice between the higher end products and the regular ones also has an impact on the complete budget. Opting for organic food, free range chicken, organic eggs, and the list goes does cause a bump. You can also opt for regular options in some areas and not compromise in some. Such as the chicken, meat, vegetables, and fruits you choose can be a little high-priced. But, choosing the bread and such foods can be regular. But, we are not here to make the choice for you or influence you in any way.

This is not the actual number but an average between the households across the country. The lower amount for families with toddlers. The higher amount is for a family with teenagers or those who spend more on organic products. This is for an estimation taken from average families who spend live a moderate life. Also, spend only a moderate amount on what they are consuming. At the end, of the day the biggest struggle for a parent is to make sure their child consumes the healthiest food out there. Which amounts to most of the cost calculated.

Though most Americans claim their love for organic and whole grain products. They are more likely to spend on junk food than any other food item. Not that it comes on as a shocker for us. The average American carts are actually filled with I will just get one. But, then the other will feel bad, and I can’t leave that out. The actual things needed actually go down in the preference zone. These carts are also influenced by the ages of the children in the households that can’t be forgotten about. There are some major changes that need to be brought about in the average buying pattern.

It has been found that a total of 16% is spent on items unneeded by Americans. That are these snacks, sugary drinks, and cookies. Only 13% is spent on healthy meat that is the actual food staple. Pre-packaged food amounts to at least 7.5%. While canned foods get 4% on the scale. The prices and percentages will vary. Times change and each year prices fluctuate. This causes the actual total to fluctuate from the one we discuss. This can be used as a base for all the budgeting that you are actually going to be doing in real life.

There Are Many Factors Influencing the Final Budget

If for an average family of four we put in a weekly budget of $150 to $300. We can easily amount that to $600 to $1,200. This depends on where in America you are living in. Costs vary according to the size of the city and state. They are also influenced by which grocery store you are purchasing the items from. They can also depend on the number of discounts and deals that the grocers offer each week.

The ages of the children and their activities also add to the differing total grocery amounts. A household with two toddlers would be paying less. A household with two teenagers, especially both, being boys over girls would be paying more. Older children and boys require more food to grow than girls. On average if there are two households of children being boys and girls respectively. The one with the girls would still be paying a little less than the one with the boys.

You need to keep all these factors in mind when making your budget. Especially when comparing the budget. There may be those rare instances where girls would actually be eating more. You never know and that household may also be spending more than a boys’ household.

Also influencing your budget is the amount of times you replenish the groceries. There are families that would be running to get an item that everyone loves and is finished. Most of the times these are jams, peanut butter, chocolate spreads, juices, instant noodles, and mac n cheese. These can especially put a restraint towards the end of the month. If a family runs to the grocer’s every time. They would end up overstepping their budget. Those who would control these urges and limit the refills would not only be spending less.

But, also in the process, they would be teaching their children the value of money and these items. Parents should work hard enough to put the best of the table for their children. They should also fulfill the wants and not the needs. But, in order to stay on track and not make their children feel entitled. They should draw a line to where this ends. Instead of running to refill every time, they can make it a one or two times thing per month. Like let your children try something else. Not every time they are going to want something and they are going to get that in life. Let a no, be a part of their life.

There are ways that families have adopted to cut costs. Which you can also adopt and cut down your costs. Savings are something we all look forward to. Learning new ways and having the satisfaction of saving even $1 is a lot.

Okay, not getting carried away and getting back to our point.

Capping your spending on say $800 basing on where you live, you actually get cheaper items. You can control the amount you spend by growing your own produce. Some fruits and vegetables can be grown in your own backyard. It’s actually simpler than you think. You all as a family would also get a great hobby.

The things you can’t grow, can be paired with coupons, and weekly deals most grocery stores offer. Some have online deals, some in-store deals. You can combine them all together and get more items and pay less. You also need to make sure, you only get what you actually eat. Spending on items that you don’t eat because they had a good deal. Would end-up going downhill very soon.

You can also join the CSA groups. These are the community-supported agricultural groups, that let you get your hands on the best produce during the season. They offer great prices and good portions. Since these groups are growing things locally and cut most of the costs, you get really good deals. Though the tricky part can be finding an open space and coming up with the cost first thing. Though after that it is actually very sustainable.

The average grocery bill for family of 4, has many variations depending on the many factors involved. Your saving techniques also count in the final total. A median coming up to $770 going above $1000. This may seem more or less to many. You can break your monthly budget to a week according to the most important items and you can actually get a good idea of what your spending habits are in compared to the rest of America.

What is the average for your family of four? What are the genders and age bracket of your children? How many times do you refill, which groceries?

These are the questions in your head right now. It’s a great time to take a pen and paper and do some math!